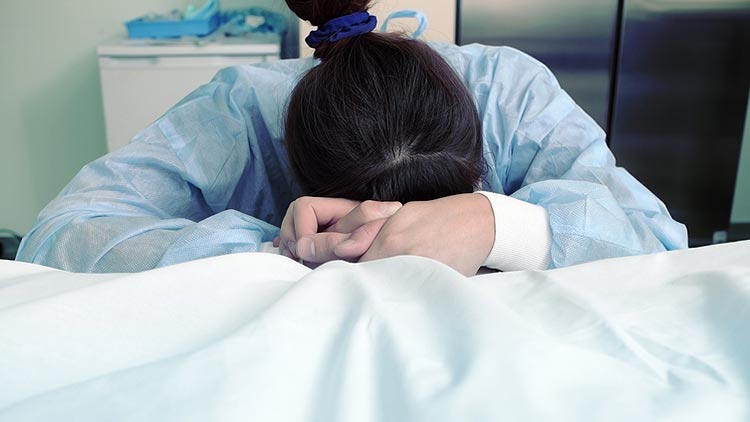 Has your loved one died as the result of negligent medical treatment or an accident?

Powell & Co is able to offer specialist advice and assistance in bringing claims for compensation  on behalf of both the deceased’s estate and their surviving spouse and dependants.

Our experienced team have handled claims arising as the result of road traffic accidents, accidents at work and medical negligence, including claims involving a delay in diagnosis of cancer, substandard GP/A&E care, substandard psychiatric care and surgical errors.

We are very aware of the huge loss that is felt when a loved one passes away, particularly when that death is unexpected. We pride ourselves on our caring and empathetic approach, and our technical know-how and expertise. We will be with you all the way through your compensation claim.

Receive the compensation that you deserve

How much you will receive in compensation will depend upon a number of factors including, the age of the deceased person, your relationship to the deceased, and whether you were financially dependent upon them. Bereavement damages are payable to a surviving spouse or to children under the age of 18 in respect of the loss of a parent. It is also important to keep receipts in relation to funeral expenses and other expenses arising from the death as it will be possible to include these within the claim.

The team at Powell & Co will use all of their expertise to get you the compensation that you deserve following the loss of your loved one. Please bear in mind that there are time limits for bringing a claim and so it is important to instruct solicitors sooner rather than later so there is sufficient time for a thorough investigation to be conducted before proceedings are issued.

We are able to help with fatal claims, including those arising from:

The Claimant claimed damages for clinical negligence arising from the death of his wife from bladder cancer.  His case was that the Defendant had failed to follow up abnormal results from cytology reporting hematuria (blood in the urine) and if there had been follow up, this would have resulted in earlier diagnosis and successful treatment of the cancer.

Liability was disputed.  However, the parties agreed a mediation of the claim which resulted in settlement and payment of agreed damages of £65,000.

The Claimant claimed damages on behalf of himself and his young children arising from the death of his partner following a laparoscopic cholecystectomy for gallstones. The Claimant’s partner suffered internal bleeding following the surgery from which she suffered a fatal cardiac arrest.

At a subsequent inquest, the coroner made no criticisms of the treatment provided and found the death of the Claimant’s wife was unavoidable.

Subsequently, we obtained extensive expert evidence indicating there had been a negligent delay in recognising the internal bleeding which could have been successfully dealt with by surgery. A Letter of Claim was submitted to the Trust based on the expert evidence following which the Trust made a full admission of fault. The claim subsequently settled at a mediation with the family receiving an award of damages of £700,000.

The Claimant claimed damages on behalf of herself and her children arising from the death of her husband. The Claimant’s husband had a pre-existing medical history of liver disease together with a blood clotting disorder. He underwent surgery for gallstones following which he was admitted to hospital with peritonitis from which he subsequently passed away.

The Claimant’s case was that her husband’s deterioration following admission to hospital was not being monitored and acted upon. An inquest found no errors had been made with treatment and that the death of the Claimant’s husband was unavoidable, arising from his pre-existing medical conditions.

We obtained a series of experts’ reports on the complex medical issues involved. Eventually, the experts concluded there had been a failure to appropriately monitor the Claimant’s husband and that with this and earlier treatment, the Claimant’s husband would have survived his peritonitis but unfortunately, would have had a limited life expectation following this due to advance liver disease.

The claim was heavily contested by the Trust but eventually settled just prior to trial with the court approving settlement in the sum of £75,000, reflecting a loss of an additional two year’s life expectation

This claimed involved a failure to diagnose and treat a pulmonary embolism following long distance travel reported to clinicians. We acted for the children of the deceased who had suffered from the loss of a parent both emotionally and financially. The Defendant initially denied breach of duty and causation, however, we obtained supportive evidence. The case went on to settle following the issue of court proceedings but before trial for the damages in the sum of £90,000.

If you believe that your loved one died as the result of negligence, please telephone 020 8854 9131 to speak to a member of our team.