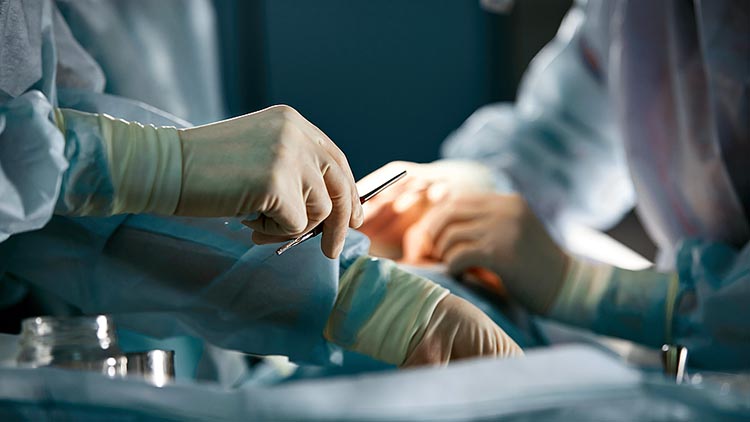 Have you suffered an injury as the result of a surgical error?

Then with the help of the specialist clinical negligence solicitors at Powell & Co, you may be entitled to claim compensation.

Powell & Co has years of experience in assisting clients with surgical negligence claims. Several members of the team have particular expertise in this area. We have recently handled claims involving joint replacement surgery, gallbladder surgery, hernia repair, hysterectomy, bowel revisions, stoma and colostomy, amongst others.

Sometimes errors occur during surgery, however, sometimes there is a delay in noticing and treating complications, such as sepsis, after surgery. In other cases patients are not properly advised of the risks of the surgery or their alternative treatment options before surgery goes ahead.

We pride ourselves on our expertise and personal service, being with you all the way through your surgical injury compensation claim, offering sympathetic, caring and considered legal advice and representation.

Receive the surgical injury compensation that you deserve

The long term implications on your health – as well as the future cost of further medical treatment and care, and loss of earnings – will play a huge part in how much you will receive as part of your surgical injury claim.

Whatever the trauma you have endured as a result of someone else’s negligence, the team at Powell & Co will use all of their expertise to get you the compensation that you deserve.

We’ll help you with your surgical negligence claim arising from:

The Claimant claimed damages on behalf of himself and his young children arising from the death of his partner following a laparoscopic cholecystectomy for gallstones. The Claimant’s partner suffered internal bleeding following the surgery from which she suffered a fatal cardiac arrest.

At a subsequent inquest, the coroner made no criticisms of the treatment provided and found the death of the Claimant’s wife was unavoidable.

Subsequently, we obtained extensive expert evidence indicating there had been a negligent delay in recognising the internal bleeding which could have been successfully dealt with by surgery. A Letter of Claim was submitted to the Trust based on the expert evidence following which the Trust made a full admission of fault. The claim subsequently settled at a mediation with the family receiving an award of damages of £700,000.

The Claimant claimed damages on behalf of herself and her children arising from the death of her husband. The Claimant’s husband had a pre-existing medical history of liver disease together with a blood clotting disorder. He underwent surgery for gallstones following which he was admitted to hospital with peritonitis from which he subsequently passed away.

The Claimant’s case was that her husband’s deterioration following admission to hospital was not being monitored and acted upon. An inquest found no errors had been made with treatment and that the death of the Claimant’s husband was unavoidable, arising from his pre-existing medical conditions.

We obtained a series of experts’ reports on the complex medical issues involved. Eventually, the experts concluded there had been a failure to appropriately monitor the Claimant’s husband and that with this and earlier treatment, the Claimant’s husband would have survived his peritonitis but unfortunately, would have had a limited life expectation following this due to advance liver disease.

The claim was heavily contested by the Trust but eventually settled just prior to trial with the court approving settlement in the sum of £75,000, reflecting a loss of an additional two year’s life expectation

The Claimant claimed damages for clinical negligence arising from the death of his wife from bladder cancer.  His case was that the Defendant had failed to follow up abnormal results from cytology reporting hematuria (blood in the urine) and if there had been follow up, this would have resulted in earlier diagnosis and successful treatment of the cancer.

Liability was disputed.  However, the parties agreed a mediation of the claim which resulted in settlement and payment of agreed damages of £65,000.

The Claimant underwent keyhole surgery to remove her gallbladder (laparoscopic cholecystectomy) during which she sustained injuries as the result of the negligence of her surgeon. The main issue of dispute related to quantum (how much the claim was worth), particularly regarding the need for childcare, the Claimant’s future employment prospects and aspects of her condition and prognosis. Court proceedings were issued but following mediation, the claim went on to settle for damages in the sum of £825,000.

This claim involved the substandard insertion of a PEG (Percutaneous endoscopic gastrostomy) tube into Claimant’s abdomen. As a result the Claimant had to undergo a gastroscopy and suffered an infection. The investigation of the claim was complicated by the fact the medical records disclosed to Powell & Co by the Defendant were incomplete. The Defendant denied liability but the claim went on to settle for the sum of £2,000.